Poker How to Spot a Poker Bot

How to Spot a Poker Bot 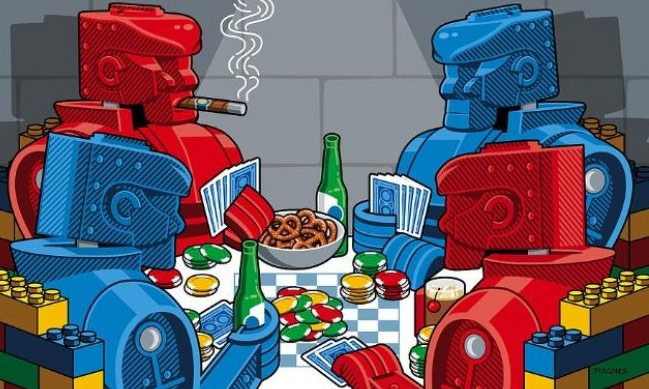 A lot has changed in online poker over the years, in 2011 it brought the biggest shake-up in the industry with ‘Black Friday’ when the U.S. Government brought down the biggest poker sites. PokerStars, Full-Tilt and Cereus (Absolute Poker/Ultimatebet) were barred from the U.S market and with it took down America’s online poker community.

While a large proportion of the online player base has gone, artificial intelligence has taken its place with the proliferation of poker bots. A single poker bot could be playing at multiple tables, Holdem, Omaha, Stud or any game it has been programmed to play.

The large majority of bots are very bad. More than 90 percent are losing money.

While the early poker bots were not very good they have got much better and much harder to spot. They have mastered aggressive play and the art of bluffing instead of just playing basic hand value strategy.

How Does a Poker Bot Play

They play the same in all situations. They raise the same amount each time, their play doesn’t very. They are never going to slow play and try to trap with a big hand.

They take the same amount of time for every decision. If you have a tough decision to make whether it’s to call a big raise or to re-raise all-in you are going to take some time while a bot will just be programed to act after a predefined time.

There is minimal interaction. A poker bot’s never going to enter in to any banter, or call you a ‘stupid fish’. The bot is probably going to be playing away by itself with the user away or busy doing something else. Just because the player doesn’t respond it doesn’t mean they are a poker bot, they may have the chat switched off or choose not to get involved in player chat. But if the way they are playing raises suspicion they are a bot then the failure to respond backs it up.

Can You Beat a Poker Bot

If you identify a bot, then don’t panic they are a beatable. They play so predictably that you may find that you will be able to beat them after you become familiar with their play. They are programmed to play a particular way and once you find how they react to raises, re-raises and checking to them you can play to trap them and push them off weaker hands.

If all fails, then report them to support, you may get your money back off the poker site as they will confiscate the poker bots account and look to return money to the genuine players that lost out.

PokerStars is continuing to invest substantial resources to combat bots. When a player is identified as a bot, PokerStars removes them from our games as soon as possible. Their winnings are confiscated, and the company will provide compensation to players when appropriate.